If you’re seeking to excel at coaching youngsters in rugby, the following tips might come in handy. 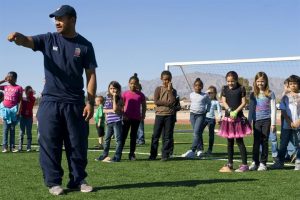 Young people have short attention spans, so when you’re explaining information or instructions, keep it as brief as possible. Action is often easier to get across than words.

Children can tire very quickly, so keep training short and sweet. Even if the kids still have plenty of energy at the end of the session, don’t be tempted to carry on to push them further. Stick to the designated finish time, and it will also keep parents happy at pick-up.

While youngsters are pretty good at absorbing information, they’re equally good at forgetting it quickly. Therefore, when teaching rugby skills at youth level, keep reinforcing vital learning information. It might take at least a month for the kids to grasp a particular concept. Watching rugby drills, such as those at https://www.sportplan.net/drills/rugby, could also prove useful. 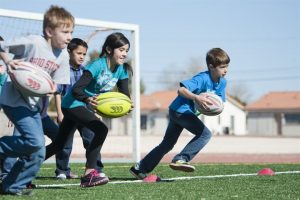 Don’t expect younger players to be able to cover the same distance as adult rugby players; scale down your training area to match. For example, when carrying out rugby drills, aim for around 10 metres. If you make this distance any bigger, you risk some of the slower players struggling to catch up.

Put emotions to one side

Generally speaking, a rugby coach needs to be a good all-rounder. According to England Rugby, to be an effective coach, you will need to take on several roles, covering the technical, physical, tactical and mental aspects demanded by the game. However, when it comes to the emotional side of things, it’s often wise to take a step back and not become too involved. While youngsters can make you proud and achieve great things, they’re also fickle with their interests and hobbies and could end up letting you down.

Kids respond well to reward systems, so use them in your rugby coaching. Mix things up a bit so you’re not dishing out the same rewards on a regular basis. There are lots of different options you could go for, and you don’t even need to give out a physical reward. You could have a player of the week, for example, or most improved player, best tackler or greatest use of skill.