The concept behind televisions began in the 1880s believe it or not. Paul Nipkow had a basic idea that he patented for the use of photoelectric cells and light beams to make an image. It took until the 1920s for the first television set to be manufactured. Although today’s televisions are a lot more technical and streamlined, their basic components remain the same. 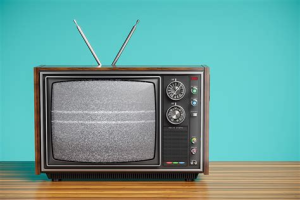 Cathode Ray Tube – This is the component that allows an image to be seen on the TVs screen. It emits beams of electrons that hit the screen and form an image.

Light Valve – This device works in partnership with the cathode ray tube and provides a fixed light source to light up the beamed electrons so we can see the image on the screen. Our high definition sets of today are thanks to more sophisticated technology in the light valves.

Capacitors – This is a device that stores energy between two metal plates and then releases that energy in the form of light. It stores large amounts of electrical energy and would give a nasty shock if you were to touch one.

Logic Board – This is the electrical wiring inside a TV set and it consists of coils, resistors, and transformers which are secured on a board. The circuit board provides the electrical energy that sends the instructions to the various components within the set. It is basically the brain of the television.

Screen – This is the most obvious part that we all see. The screen material can vary and used to be made from glass, however, more modern plasma and LCD screens are made from plastic.

Modern televisions are a lot thinner than the sets of decades past. The reason for this is due to a change in the way they are manufactured. For example, plasma and LCD TVs no longer include a cathode ray tube, replacing them with phosphor gas-filled cells which means the sets no longer have to be deep to accommodate large components.

TVs of today also include materials such as glass and argon, neon and xenon in gas form. Cerium is a substance used to improve the colours and the electronics inside the TV include materials like copper, silicon, gold, chromium and plastics.

A television is essentially made up of five different parts:

The future of television is definitely digital. In this future, the viewer might be able to engage even further with their experience by controlling the angle of the camera, edit films on screen or even communicate with a sports commentator, for example, in a two-way television system!