ENP is an alloy coating made up of nickel and a phosphorus percentage of between 4% and 14%. It creates a hard coating, silver in colour, which, unlike electroplated coatings, is deposited by a chemical reduction. This chemical process creates an incredibly even and uniform coating that electrolytic processes cannot achieve, making it particularly advantageous for large, complex parts, or those which have much detail. 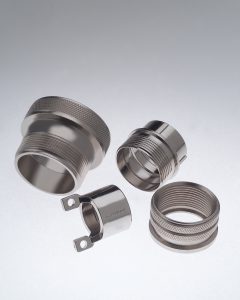 Science Direct, offer a more thorough scientific explanation of what this process involves. 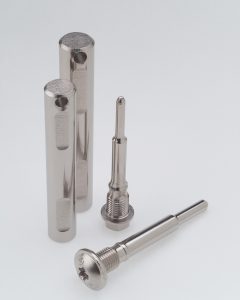 Are there different types of ENP?

The phosphorus percentage of ENP varies depending on what it is being applied to, and what this will be used for. Generally, higher phosphorus contents make for better resistance to corrosion, but a reduction in hardness and vice versa. Low phosphorus, for example, is the best type for high temperature application, whereas a high phosphorus content usually has a higher level of protection against corrosion, as well as being non-magnetic. Some companies, such as https://www.poeton.co.uk/standard-treatments/electroless-nickel-plating/, have developed their own formula to achieve the best of both worlds. The thickness of the coating can also be altered depending on the application, and usually ranges between 25mm and 75mm thick.

What is it used for?

Due to its ability to coat items well, including slots and holes, ENP is often used for parts which may be at risk of corrosion, particularly in harsh environments. It offers a high level of protection against many common substances including salt water, oxygen, and hydrogen sulphide, and is often used by organisations who work with water or oil. Increasing the amount of heat used during the coating process can increase its hardness, meaning it is often used for items which may be prone to damage through scratching or bumps. Its ability to adhere to most metals, including aluminium, titanium and steel, as well as non-metal materials such as plastic, makes it incredibly versatile. ENP also has a desirable, variable appearance, from matte to a bright shine, making it the coating of choice for cosmetic reasons as well as practical.

To get the most out of ENP, the surface to which it is being applied must be correctly prepared. Not only should surfaces be clean and free of oil, dirt, debris, and soap which may be left after previous processes, but they should also be smooth, even and properly finished to ensure that the coating adheres correctly and consistently. According to TWI, this is a common pitfall in application.

ENP is often used in the following applications:

– Aerospace industry. ENP is used to coat a wide range of essential parts, including landing gear, compressor blades, and engine mounts.
– Automotive industry. Fuel systems in in the automotive industry are often subject to harsh conditions, making ENP a good option. It is regularly used to coat parts in braking systems and transmission parts.
– Household items such as kitchen appliances, televisions, and other electronic equipment include parts which have been coated with ENP.