Body worn cameras have been used more and more in recent years, with the majority of front line police officers now equipped with them; in fact, the Metropolitan Police handed out 22,000 to its officers at the end of 2016. This may appear to be overkill; however, the cameras are already having a big effect on the justice system. 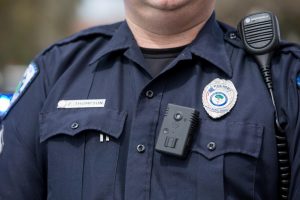 The benefits of body worn cameras

There are lots of proven benefits to using body worn cameras. According to law enforcement online resource PoliceOne, body worn cameras frequently provide evidence in domestic violence cases and improve evidence collection at accident scenes. These are two of the main ways in which body worn cameras can work; however, there are many other benefits, including assisting in consent decrees and helping command staff to recognise important patterns within police officer behaviour.

Recent trials by Hampshire Police (on the Isle of Wight), Essex Police and Scotland Yard found that the cameras make a huge difference when it comes to capturing evidence in domestic abuse cases. This can be very beneficial, as many victims of domestic abuse are concerned about speaking out. For this reason, they often refuse to make a statement; alternatively, they make a statement and later feel compelled to withdraw it. In one case, a man was filmed punching his partner and hitting her with a frying pan. 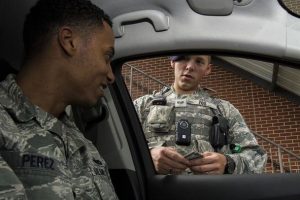 Now body worn cams are capturing important evidence that can lead to justice, even when the victim does not want to make a statement.  It can be very handy to when the police are chasing vehicles on the run as the footage will show the poor driving, what is said when they finally catch the criminal and be used in the court of law.  If this doesn’t work they could always use Vehicle Tracking to view where the culprit is.  Businesses like Vehicle Accessories will provide these to fleet managers to keep track of their drivers and their performance.

Complaints against the police

Another of the main benefits of body worn cams is that they have led to a fall in the number of complaints made against police officers. A study by the Metropolitan Police found that since body worn cameras have been used, malicious complaints against the police have fallen – and so has oppressive behaviour by the police. It is likely that this is because both the police and the civilians are aware that they are on camera, which makes them less likely to behave in an intimidating or irrational way.

There are clearly many benefits to wearing body cameras and it is therefore likely that they will become even more widely used in the future.