Humans have worn different forms of wool for thousands of years. It’s a versatile fabric with many benefits, but its features can vary depending upon the type of wool. In particular, the fibres used in its production can be supplied by different animals, with each bringing its own advantages and disadvantages. 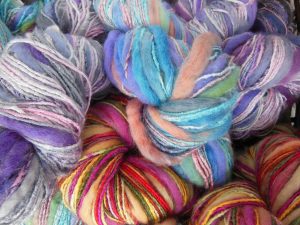 The first wool to come to mind is probably from sheep. Lambswool is from a sheep’s first shearing, and it’s very soft and fine, as well as being hypoallergenic. This is in contrast to other sheep’s wool, such as coarse (but thick) Shetland wool.

Confusingly, Angora wool does not come from the Angora goat (which produces soft, thick Mohair wool). It actually comes from rabbits. It is exceptionally soft but easily damaged, meaning Angora garments will often be mixed with other fabrics, and will often be expensive.

A popular but expensive form of goat’s wool is cashmere. Originally from the Kashmir region of India and Pakistan, it is extremely fine, but it takes several goats to produce just one jumper. 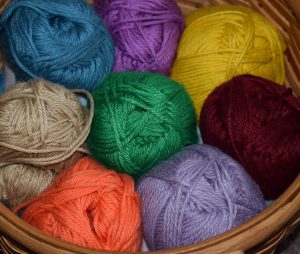 A rare South American wool comes from the alpaca’s cousin (alpaca wool is very lightweight as well as warm, soft and strong), the vicuña. It is rarely dyed because chemicals can damage it. It fineness, softness and warmth led to the Incas treating it as sacred, but the increasing rarity of the animal has led to heavy regulations on its production.

Camels are often associated with the desert, but the two-humped Bactrians of Russia, China and Mongolia have to cope with some chilly conditions. Camelhair is longer and finer than wool from sheep, and tends to come in its natural, golden brown colour rather than being dyed.

These are only six types of wool. There are many others, such as the exceptionally warm (eight times warmer than sheep’s) wool known as qiviut, produced by muskoxen. These wools ensure that whatever your taste, or your budget, you will be able to find the fabric for you.