There are some things that every wedding couple will look at incorporating into their wedding day and these include a cake or cakes of some description, flowers in the form of a bouquet and table decorations and of course a wedding photographer to take pictures of all of the guests in the finery as they wander around the couples chosen location such as a Hotel Wedding Venue in Gloucester like www.hatton-court.co.uk/gloucester-cotswolds-weddings

But do you know the history behind wedding photography?

Wedding photography followed the trends for your everyday photography and advanced alongside the technological developments in the industry. It is thought that Queen Victoria and Prince Alber were amongst some of the first couple to pose to have their photograph taken in around 1840. This led to a surge in people having their photograph taken together either just before or after their wedding when they weren’t dressed in their wedding clothes. During the latter part of the 19th Century couple began having their pictures taken in their wedding outfits, but these were often staged photographs that required the couple to visit the photographer’s studio at a later date and get dressed up in all their finery again. When camera technology moved on and the equipment became lighter in weight and easier to manoeuvre photographers started to attend weddings to take pictures on the day. 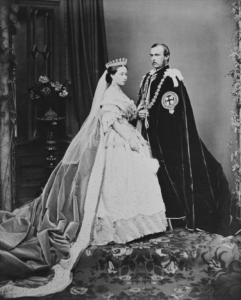 The one drawback of the early camera technology in the 19th Century was that it was difficult for the photographers to take more than one picture without having to take a long period of time to reset their equipment. By the early 20th Century the exposure times of photographs and difficulty in resetting the cameras was greatly reduced which brought about the desire for couples to have lots of photographs taken on their wedding day and the concept of the wedding photo album was created and it has grown year on year since.

After the invention and enhancement of the flash technology photographers were again able to advance the types of photographs that they could take and in terms of wedding photography this meant not only being able to take posed shots of the happy couple and the wider family but also taking more candid images and in a variety of locations. 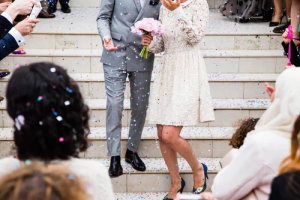 We now have some incredible camera technology and people are thinking outside the box more and more with their wedding images including having drone footage of an outdoor wedding, photo booths as a part of the wedding reception and other interesting ideas, however the skills and expertise of the wedding photographer will always come out on top.