Recent studies have identified a connection between a loss of hearing and the on-set of dementia. With two such conditions so closely related to one another you may begin to wonder how such a thing is feasible. But this is more than just a casual coincidence, scientific studies have been conducted to investigate the evidence that those who are hard of hearing are at a higher risk of displaying symptoms of dementia.

Dementia, in this case, is indicated by signs of memory loss, simple problem solving tasks, and confusion. But how can hearing loss be a preliminary sign that someone will suffer a decline in their mental capabilities and does this mean that people with hearing loss are automatically expected to lose some of their mental and emotional faculties? The answer to the latter question is no, just because you have some effects of hearing loss does not necessarily mean you will start to suffer from dementia.

However, the more severe the loss of hearing the more likely you are to develop some form of dementia as you get older. This link between hearing loss and mental incapacity presents a number of challenges to successful healthy aging.

That’s why it’s so crucial to understand how the two are linked to one another and the reasons why someone who starts to lose their hearing may be facing greater, more significant challenges later on in life. We at Seniors Helping Seniors of Lexington believe that knowledge is strength and so we offer this information to inform the public about the dangers of hearing loss and dementia.

It will hopefully start a conversation between you and your elderly loved one about taking the necessary precautions at the first sign of a problem.

Studies have determined that hearing problems are a proven indicator that an individual could fall victim to some form of mental incapacity if they begin to experience even a small level of hearing loss. The risks of dementia are greater dependent upon the severity of hearing loss problems.

For example, those who have an extremely tough time trying to hear the world around them are nearly five times more likely to develop dementia over the next ten years.

Reasons to Take this Seriously

You may still be having trouble trying to figure out how hearing loss and cognitive health are connected to one another. That’s okay, we did too at first, but after doing some of our own research into the matter, we discovered that there are credible explanations that try to account for the realities of this link.

Based upon the evidence, it is evident that little health-related issues such as high blood pressure may form the route upon which hearing loss and dementia are so closely connected. Unfortunately, while this sounds like an interesting theory, it doesn’t hold much water when it comes time to prove it with fact.

But the idea is sound nonetheless, as it questions the very nature of relying on statistical equations and good old fashioned science to try and identify how this connection was established. This was done by studying individuals who were hard of hearing and individuals who were suffering some form of dementia. But there was very little in these experiments to sway the opinion of the researchers and the work that had been done previously in this field. 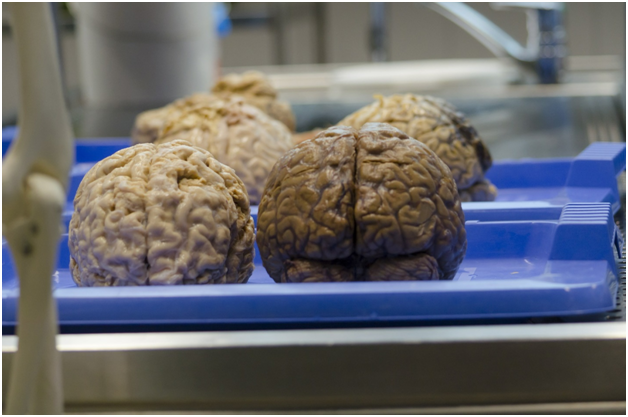 Another potential explanation between hearing loss and dementia comes from the brain itself and the way it reacts to cognitive behaviors. X-rays have shown that people who suffer from hearing loss have a smaller amount of tissue so that soundwave stimulation that enters the ears is not properly processed by the brain.

This can result in a similar response as if you may have lost a considerable number of brain cells. That inability to process the sounds that are being received could lead to the conclusion that the individual is undergoing some form of mental incapacity. But in reality, those brain cells aren’t getting proper stimuli and that can lead to a shrinking of the cells.

Some studies have theorized that the use of a hearing aid or other device to help improve hearing can allow that stimuli to come through properly and be fully received. In turn, the structures of those shrinking brain cells could possibly regenerate and return to their original size, bringing with it a full recovery of functionality. While this still remains a hypothesis, more research is being done to determine the reality of such a supposition.

The Do’s and Don’ts of Skin Care

How To Use Anti-Static Wrist Straps

How to Tell if Silicone Implant is Leaking