How to clone apps on Android?

Some manufacturers have even included in the software of their devices the possibility of duplicating applications. In this guide, we explain how to clone apps on android step by step.

From the bunch of apps here we suggest 3 apps that help us clone application.

One of the most popular tools for creating parallel applications is “Parallel Space.” It allows you to manage several accounts of the same app on a device and customize the appearance of duplicate apps to differentiate the original from the clone.

Parallel Space allows you to create parallel applications from several apps, including some popular ones like WhatsApp, Telegram, or Instagram. To do this, you only have to open the app, grant the permissions, and mark the app you want to clone.

Once the cloning process is finished, the application allows you to log in to the secondary app, and customize various aspects as well as configure its operation.

Another application something less known but as useful as Parallel Space is App Cloner. At the end of 2018, the application was removed from Google Play for, allegedly violating the policies of the Google application store. Despite the developer’s appeal, Google continues without allowing its publication in the Play Store. Despite this, the app is still maintained by its developer and receives updates frequently.

Like most apps of this style, App Cloner allows you to create independent copies of specific applications to later be installed as isolated instances. All apps cannot be cloned, although some of the most popular such as Facebook messaging services or some social networks do.

The complete list of apps installed on the device will appear. By clicking on one of them, you can clone the application, modifying certain parameters such as the number of clones that you want to create, and the name of the copy to be generated.

The last of the options we propose to duplicate apps on Android is Island. This is one of the latest creations of the developer of the famous Greenify battery saving tool. Although its functions go further, Island includes the possibility of creating clones of apps to run two sessions of the same application simultaneously.

The main difference of Island concerning the other tools already mentioned is that this app creates a workspace where applications that have been cloned will be installed and executed.

According to phone models

OnePlus mobiles with recent versions of OxygenOS offer the possibility of creating duplicate applications. Here, yes, it is only possible to create “doubles” of some apps, such as WhatsApp, Telegram, Twitter, or Instagram. To do this, follow these steps:

In this way, the parallel application will appear in the application drawer of the home screen, with a small orange symbol next to the app icon.

In the case of Huawei terminals with EMUI, it will also be possible to duplicate applications installed on the device. The function that allows to carry out this process is called “App Twin” or “Twin application,” and its operation, like that of the other systems, offers the possibility of creating parallel sessions of the same app. Just follow these steps:

With these three simple steps, the icon of the application that has just been duplicated will appear on the home screen. It will be possible to log in with an alternative account to the one associated with the original app.

In the case of Samsung mobile phones, the option to duplicate apps is somewhat different. The function is included in the terminal software under the name “Dual Messenger”. Its name suggests it is intended to create parallel applications of apps and messaging services. So, the possibilities are limited concerning other solutions. We have already seen. If duplicating messaging apps is all you need, these are the steps you should follow on your Samsung:

As with EMUI, the duplicate app will be shown from now on the home screen. With an indicator that differs from the original version.

Since MIUI 8, Xiaomi offers the owners of its terminals the possibility of cloning applications. The operation of this tool is very simple. You will only have to activate a simple option to create new instances of the same application installed in the system:

These are the best ways to clone or duplicate applications on Android. It doesn’t matter if your mobile has this option built into its software or not. They give you the possibility to modify and customize some aspects that the native tools do not allow.

How to make a map in roblox? 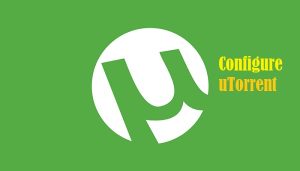 How to configure uTorrent?

How to cook asparagus in oven

How to choose interior doors?

What Happens During a Drug Trial?