We are in a world that is moving quickly. A few years ago, mobile phones have become what they are today: authentic personal computers, where we do absolutely everything except talk. Games, WhatsApp, Facebook, Twitter, Mail, and endless applications that keep us connected to the world 24 hours a day. But are we aware of the hours we dedicate to the smartphone?

How social media affects us?

Experts have analyzed how social networks affect us, both physically and psychologically, for some, it is a love-hate relationship, but even if they don’t like it, they can’t leave them.

The young British actor Matt Richardson, active in social networks, discussed for the BBC the pros and cons of these platforms with Dr. Richard Graham, one pioneer in treating internet addictions.

“Being a comedian, I can use them for all kinds of things, enjoy interacting with my followers, trying new jokes and following the people who inspire me,” says Richardson.

There are studies that show how social media can change our mood. Others point out that they can help improve memory but also negatively affect concentration. As for self-esteem, Graham said it could be affected in two ways.

“What we often forget is that at the beginning of the social media revolution it was clear that (among its benefits) people could be connected with others, particularly if they were a minority group or had a particular interest,” something Which he considered positive.

However, “some young people can get caught watching and comparing themselves with others, which can have a negative effect when young people are trying to build their self-esteem in this complicated new world,” he added.

Graham advises those who go to the Nightingale Clinic in London for help to “detoxify” the Internet, not to spend hours of sleep in staying connected at night to social networks.

“My First advice would be that you have to make sure foremost that you have a good night’s rest. We know that the lights on mobiles and tablets affect our sleep hormone.”

The light makes the brain believe that the time gets up, not to go disconnecting to sleep, so it is favorable to leave the Internet an hour before going to bed.

If we go in the elevator and listen to the sound of an incoming message, for example, even if it sounds different from the tone we have on our phone, we will surely take it out (if we did not already carry it in our hand) to see if the message is in our mobile This is so. Easier yet. Look at a bus stop. If 4 people are waiting for yours, the four are looking at the mobile.

Another point is that of meetings or dinners. Who has not looked at your WhatsApp during a meeting at work? Some companies prohibit the use of the smartphone in meetings, precisely so that people do not get distracted. Or family lunches and dinners … How many people look more at mobile eating or dining than the surrounding people …?

For all this, they say that this generation is the ” Generation of the Heads Down.” There are even studies that show that this generation will have spinal and cervical problems for the number of hours it looks down. If Darwin saw us, he would surely tell us that the neck of the human being would be different to adapt to these actions.

I have a friend who when they have dinner they all leave their mobile on the table, one on top of the other, face down and do not touch it again until they have finished dinner. It is a way to control its use. The worst thing is that we have to reach these extremes. And to “help us,” we can now see the messages, calls or social media activity on many “Apple Watch” watches … Have we gotten out of hand? 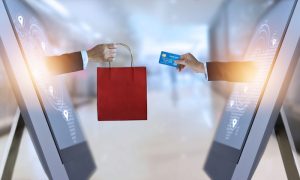 How to Increase Sales Through SEO 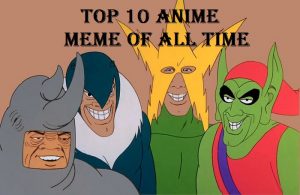 Top 10 Anime Meme of All Time