If in your home the kitchen or heating works with gas and you think that this could be a danger if at some point you do not realize that there is a leak,  the best solution is to buy a gas detector.

These devices, in addition to being very cheap, will take a great burden off your shoulders. Think how many times you have been worried that there is a gas leak and that you do not realize it in time. 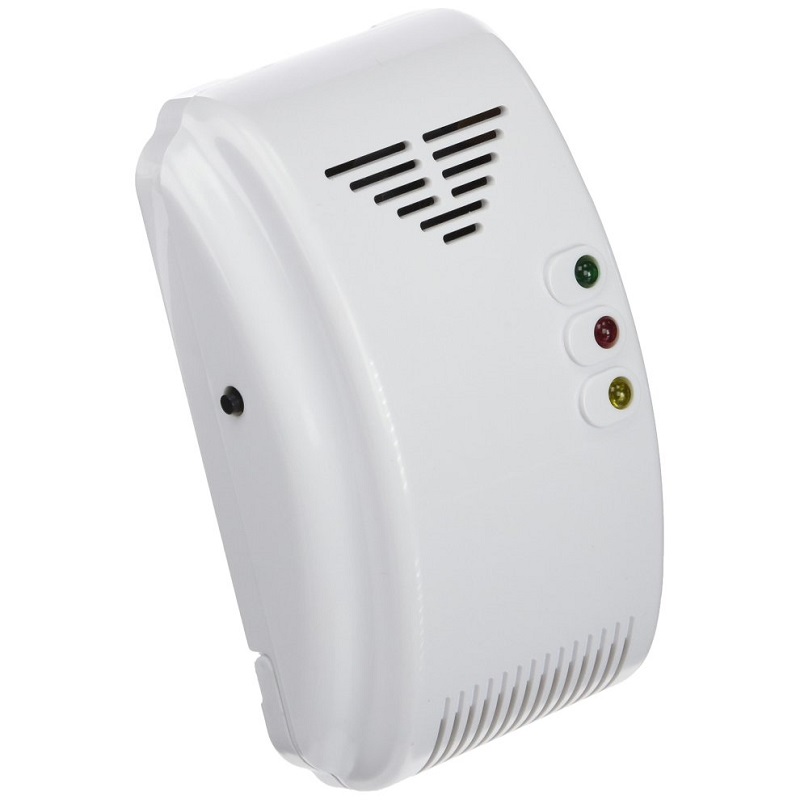 The first sensor that we are going to talk about in our guide is the Beeper DET-GN101, a gas detector designed for caravans and motorhomes, but which can also be used at home and in any other field.

It is a detector of natural gases such as methane, propane, butane, and any other type of gas derived from oil, but it also detects gases known as soporific, that is, carbon monoxide and any other gas that produces sleep.

To work, the sensor needs a 12V current with really low consumption.

It has LED indicators that show us the status of the device (wait, check, or alarm) and an acoustic warning with a sound power of 85dB / m.

The best thing about this model is its high sensitivity since it is capable of detecting harmful gases with temperatures from -10 to 50ºC and a maximum relative humidity of up to 95%.

If you are looking for a cheap, efficient, and safe gas detector, this is the best model you can find. 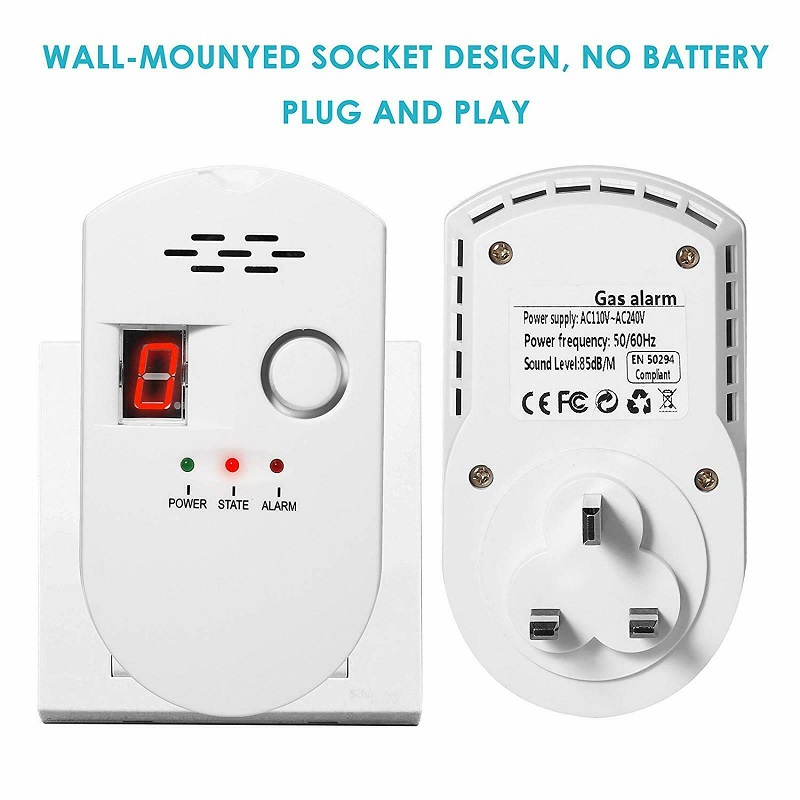 One of the cheapest gas detectors on the market is the VOOKI, a model that alerts us if it detects the excessive presence of gases such as methane, butane, propane, and gases such as carbon monoxide.

The best thing about this model is the installation: it is placed directly into a socket.

When the concentration of potentially dangerous gases is higher than 3%, it will warn us with an audible alarm of 85 dB (it is impossible to ignore it) and the alarm LED will light up.

Furthermore, as the concentration of gases increases, the sound level of the alarm also increases. 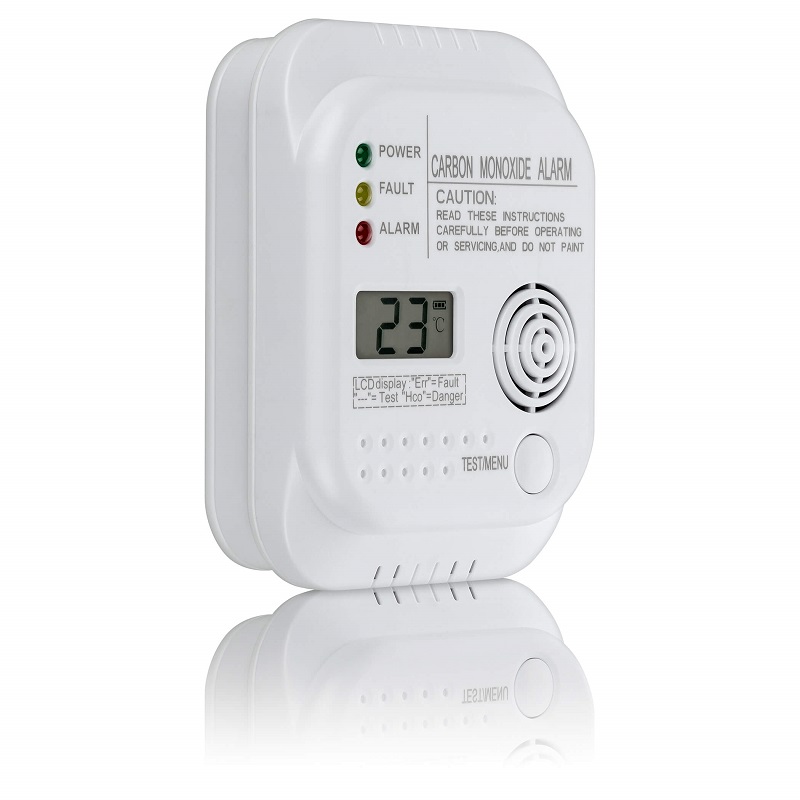 The Sebson is an alarm that serves as a carbon monoxide sensor-alarm and that will acoustically warn us if it detects the excessive presence of this gas, since it is important to remember that it is a gas that does not smell and is totally imperceptible.

The detector itself is mounted on the wall and has several interesting features.

On its LCD screen, we can see the ambient temperature, the concentration of carbon monoxide in real-time, and the battery level.

The fact that it works by battery has the advantage that we can install it anywhere, but we must be aware of changing the batteries when they run out.

It has several LED indicators that indicate the status of the detector; In addition, it has a Test button so that we can test that everything works correctly. 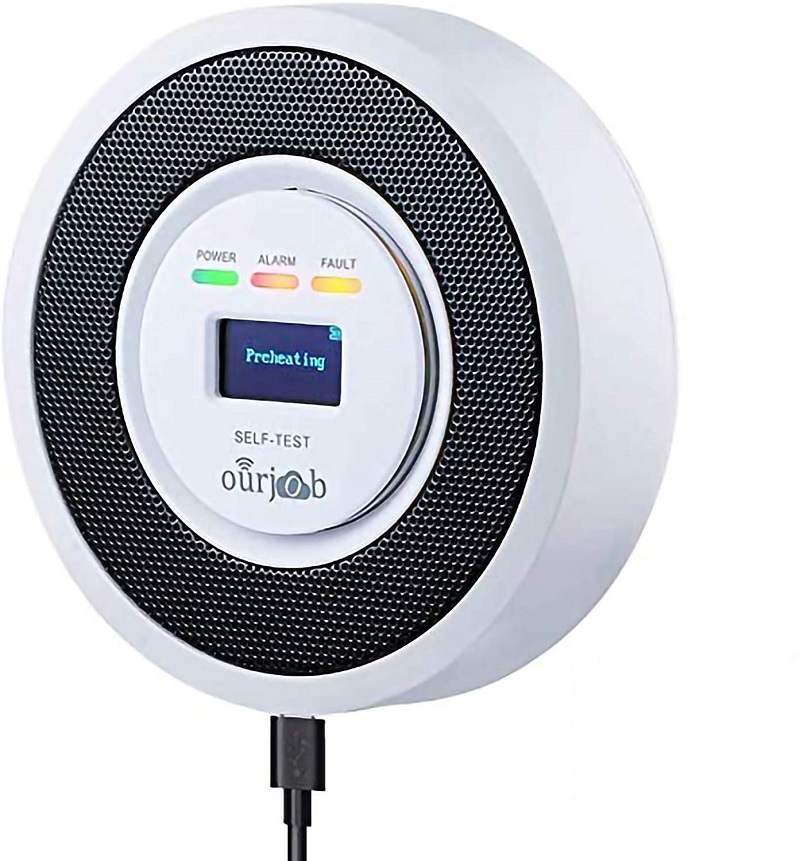 Our latest proposal is this detector for gases such as methane, propane, butane, and some more, which has several interesting features.

The first thing to note is its size: it is as big as a credit card. This will make it much easier for you to locate it at home. You can put it on a wall or on a table, where it suits you best.

It has a backlit LCD screen in which we can see the percentage of gas concentration. This device only displays up to 20% maximum (the alarm will have already gone off long before reaching that concentration).

It works by means of a battery and this one recharges with a USB cable. You can use the same charger that you use for your smartphone, for example.

Tips for knowing which gas leak detector to buy for butane, propane, or natural gas

Before we get into it, how does a gas detector work? We are going to explain it in detail so that you understand it.

When we talk about domestic gas detectors we are talking about devices that warn us by acoustic or light signals of the presence of gas in the air.

These warnings will allow us, in the first place, to ventilate the room to prevent any type of flammable gas from accumulating.

But how do gas sensors work? They are devices that are in charge of constantly measuring if there is any type of gas in the air mixture that may pose a risk to our health.

To measure it, there are several types of sensors that we will see below:

How to Soundproof a Bedroom Cheaply

Different Types of Compost and Their Preparation